Protein: Why we need it, and where to get it on a vegan diet

It’s the tired old chestnut asked by those who think meat, fish, eggs and dairy are the only proper sources of protein. The glib answer is to ask where gorillas, elephants, horses and rhinos get theirs! Some human populations have been thriving on plant-based protein for thousands of years, and if you eat enough calories in a varied, vegan diet, it’s difficult to go short. Deficiency is rare in Western societies and usually the result of disease or ageing rather than diet.

Protein, carbohydrates and fat are key constituents of the human diet, along with vitamins and minerals. Proteins are made of building blocks called amino acids, some of which are called ‘essential’, because it’s essential to include in your diet as your body can’t synthesise them.

Some foods contain all the amino acids that make up protein – soya and quinoa are the best-known examples – but pulses, such as peas, beans and lentils, nuts, seeds and wholegrains are excellent sources of protein too, and between them provide the full complement of amino acids. Some nutrition ‘experts’ used to insist it was essential to combine foods at every meal to obtain ‘complete’ protein, but that thinking is outdated. A varied, healthy diet gives you all the protein you need.

When you eat protein, it is broken down into amino acids from which new proteins are built to perform each of these functions. Contrary to popular belief, you don’t build your muscles by eating an animal’s muscles (meat), they develop by being used – and the best diet to fuel this use is a varied, wholegrain vegan one.

The advantage of a vegan diet is that it provides the good stuff (plant protein, complex carbohydrates, antioxidants and fibre) while avoiding the bad stuff (animal protein, saturated animal fats and cholesterol) that is linked to heart disease, diabetes, obesity and some cancers. There are many vegan athletes and body-builders who provide living proof of the power of plant protein! 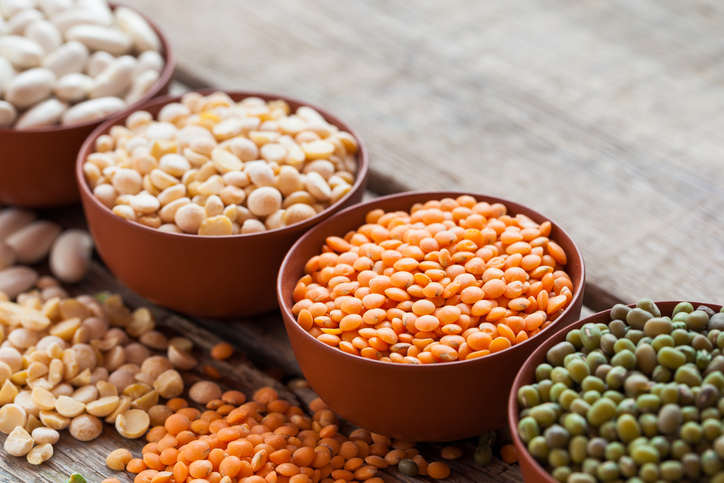 How much do we need?

The World Health Organisation (WHO) says that protein should contribute just 10-15% of your total calorie intake. The latest UK National Diet and Nutrition Survey found that in every age group – from young to old – the average protein intake met or exceeded this figure.

On average, men need around 55g (2oz) and women 45g (1½oz) of protein daily. That’s about two palm-sized portions of tofu, nuts or pulses. Most people find it very easy to eat that much. On average, both men and women in the UK eat about 45-55% more protein than they need. There is no advantage to eating more than is needed; in fact, too much animal protein is harmful.

Mock meats made from vegetable protein are popular with vegetarians and vegans and contain similar levels of protein to their meaty equivalents. The protein in beef mince, sausage rolls, bacon rashers and frankfurters is the same as the vegan alternatives to within a gram or two.

One big difference is that vegan mock meats contain fibre, which meat doesn’t, and are not linked to cancer in the same way that processed and red meat is. That said, just as it’s unhealthy to eat lots of meat and dairy, it’s not a good idea to eat lots of processed foods, as they tend to contain relatively high levels of fat and salt, which can increase the risk of obesity and heart disease. Try swapping meat and dairy foods for a tofu steak, chickpea hummus or a lentil burger.

All plant foods contain protein, but some more than others. The table (right) shows how easy it is to get 45-55g per day from a vegan diet. Start the day with toast, hummus and cherry tomatoes; lunch on lentil dahl, spinach and a small portion of brown rice; and for dinner, have a medium baked potato with a vegan frankfurter and baked beans, your protein intake would be 58g (2oz).

On another day, toast and peanut butter for breakfast, two sausage rolls with a green salad for lunch and vegan spaghetti bolognaise for dinner, made with vegan mince, adds up to 46g (1½oz). Or, a medium-sized bowl of muesli with soya milk and a banana, a falafel and hummus wrap and a tofu-stir-fry with mixed seeds is also 46g (1½oz).

These suggestions don’t include drinks, soya milk or fruit, so the final figure will be even higher. It’s simple – consume enough calories in a varied vegan diet and you’ll get the protein you need. 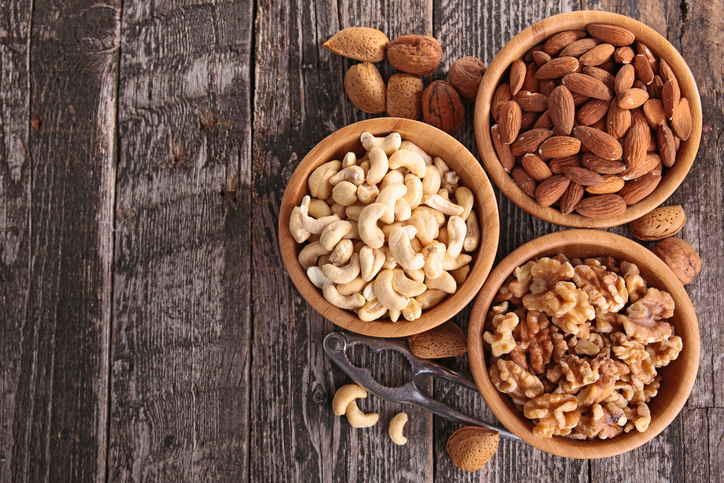 Plant protein differs from animal protein in a number of ways. Animal protein has higher levels of sulphur, which puts more strain on kidneys and the metabolism. High intakes of animal protein are linked to disease and early death. It may be because animal protein raises levels of the hormone Insulin-like Growth Factor 1 (IGF-1), which increases cancer risk.

Years of advertising and aggressive marketing of high-protein foods have fed into the myth that vegans somehow miss out, when the opposite is true. Research consistently shows protein intake among vegans is more than sufficient, while in meat-eaters it frequently exceeds recommended intake levels by a considerable amount, potentially increasing the risk of heart disease, diabetes, cancer and osteoporosis.

Swapping animal protein for plant protein reduces the risk of all these diseases. Eat a healthy vegan diet and you’ll get enough protein – plant protein – the good stuff! 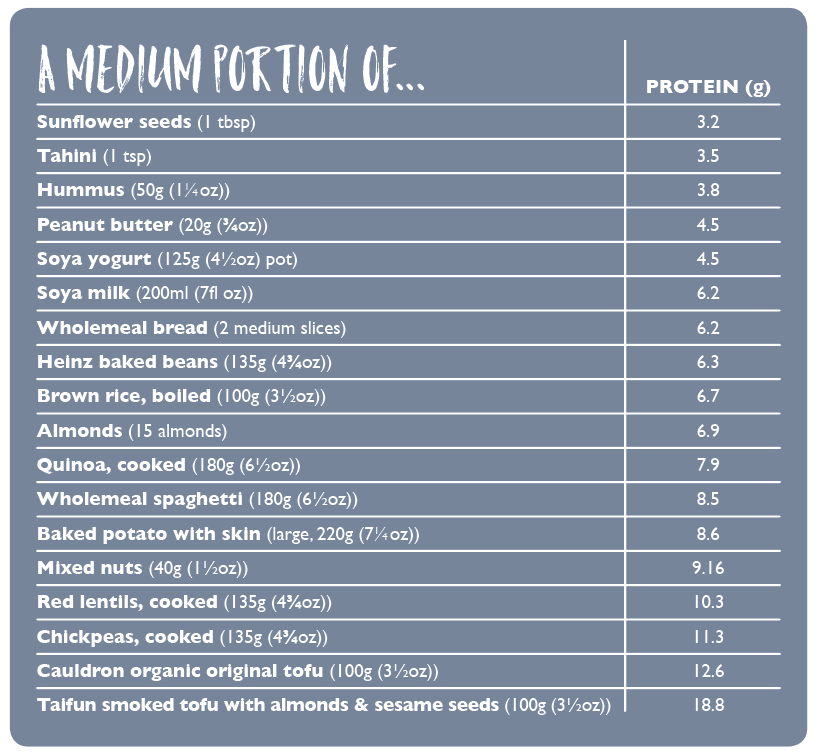